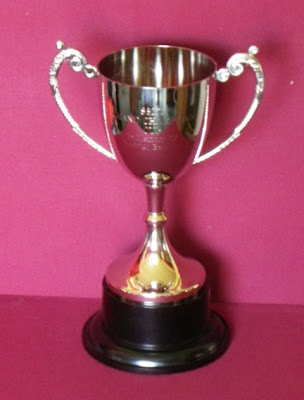 Above : The Sensei Rodrigo Bastidas Memorial Cup
Tomorrow is the SSKC Annual Competition and for the first time there will be awarded a grand champions cup for the under 17 event.
The Cup has been donated by two previous members of Selby Club, Luis and Carlos Bastidas in memory of their late brother Rodrigo. All three brothers trained at Selby Club with Sensei Steve Cook and in York with the late Sensei Gordon Thompson.
Luis is the club instructor at Rotherham JKA karate club and Carlos is the club instructor at East London JKA Karate Club. Rodrigo (originally from Chile) trained at Selby from 1981 to 1986 when he moved to Germany; on his return to England in 1989 he joined the JKA in London under Enodea Sensei.
The Kata and Kumite cups record the names of their respective winners since 1983, nearly 30 years of Selby karate history. Joining us tomorrow we hope to have a few old SSKC karateka helping us provide a competition that Sensei Rodrigo Bastidas would have been proud of.
Click on the yellow button below to return to the "HOME" page 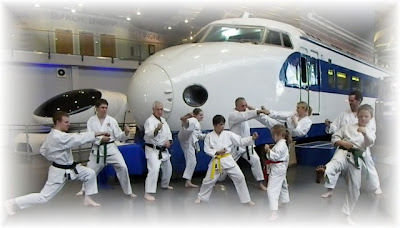 Above : The Display Team
We were one step closer to Japan today, as we took part in the National Railway Museum's Japan Festival.
Members of Haxby, Selby and York Shotokan Karate Clubs put on an inspirational display through out the day. The team are seen above doing "their stuff" in front of Japan's first bullet train.
Above : Highlights from the display
Click on the yellow button below to return to the "HOME" page

"To Infinity and Beyond" 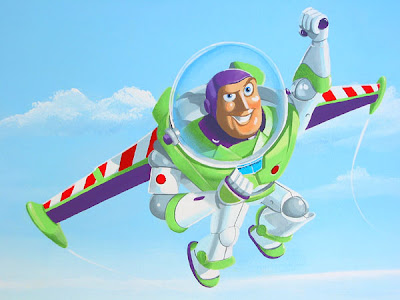 Above: Buzz Light year
Buzz our hero and Woody's mate from Toy Story, uttered the immortal words, "to infinity and beyond". I have borrowed / stolen the catch phrase to in part respond to my fellow JKS blogger Sensei James Martin from Nottingham.
If you haven't read James's recent post please follow the link from the sidebar to the "Rhino's" blog. James talks about the value of depth of training. I totally agree and would like to add my comments about courses being the Catalyst of innovative instruction.
As well as training at my own club, over the last 7 or 8 years I have also trained weekly with two other local clubs giving me access to senior dan grade instruction. I have made every effort to regularly train with my association senior instructors and attended sessions by many other organisations, every year.
Through the Army Martial Arts Association I have been fortunate enough to also experience a little training in Aikido, Kendo, Taekwondo and JiuJitsu and I can say that I have always been able to take something away from the courses that has improved my karate.
Kato Sensei actively encouraged his students to train with everyone and to also ask questions to deepen their knowledge. As I developed through senior kyu grades and into dan grades I felt more comfortable asking questions and quickly learnt that Sensei usually turned the question round and asked me what I thought.
To begin with I found this a little frustrating, but as time passed I realised that Sensei was developing intelligent instructors. Karateka that were taught principles and given guidance, but were encouraged to develop their own depth of understanding by thinking for themselves, he was not trying to produce clones that could only repeat verbatim what they had been taught.
A few weeks ago I was attending a course where Campbell Sensei was teaching and we were changing direction and blocking Maji Gamae. I found the exercise difficult, it highlighted my poor technique. After the course I was working on the first few moves of Junro Sandan and tried to apply the principles of Campbell Sensei session. I had mixed success. A few weeks later I was training with Campbelll Sensei again and ask how I could apply the principles of what he was teaching to J3. The initial course was a catylist to my further understanding.
Any way back to Buzz. Koike Sensei did a great session at Sensei Danny's in Kent. His instruction broke the basic linear lines of Kihon and he instructed in a very Asai Ryu circular movement style. He described the blocking technique that he was using as like the Infinity Symbol. The stances also involved weight transfer and moving off line.
On Wednesday at our Hambleton dojo Bex was instructing her little Ninjas. I was instructing only four students ranging from an adult beginner, to a karateka that has been a dan grade for over 20 years.
Koike Sensei's session had inspired mine, training basic principles and application of Choku Zuki, Hikate, moving off line of the attack, the hard and soft blocks.
We looked at some of the application of the Tsukami Uke (the grab) from Bassai Dai and how this worked as "Kuzushi" (to break the balance of the opponent) when applied with Tekki Shodan's Nami Gaeshi (wave kick) and how this move could be developed into Sasae Tsuri Komi Ashi (propped drawing ankle throw).
I am in the 100+Kg class (just) myself, but look at the ease of application and the devastation that can be caused. When this technique is delivered, you will probably have to play it a few times or wait for the slow motion repeat to fully appreciate. In the dojo on Wednesday I think Matt found the Kuzushi quite enough without the throw. We can add the throw if you like Matt?
Not wanting to blow my own trumpet, but I was very pleased how the 90 minute session had progressed. From complete beginner to 2nd Dan all students had been fully engaged. They did not get a repeat of Koike Sensei lesson, but an intelligent session that was aimed at the individual.
Karate a Martial art that is endless - "To infinity and beyond!"
Click on the yellow button below to return to the "HOME" page

Above: Course Photo
Bex and I managed to arrange seeing some family down South yesterday with training at Danny's today. With Campbell, Langley and Koike Sensei attending it seemed like a good idea to take the day off work Friday, go and see some In-Laws and be within about a hours drive of Danny's this morning.
Sensei Scott started the session and the theme was contraction in Shomen without telegraphing a final technique. This allows you to have options on which technique you would finally choose to execute. Proper hip position was assisted by lifting the knee of the rear leg, high and tight into the chest. This also compressed the height of stance and allows the hips to drive forward and push from the supporting heel position.
For the last 6 months or so, I have personally being trying to focus on maintaining shomen for longer in techniques and allowing core muscles to cut the hips into hamni as late as possible. I found this session very helpful, now all I need to to is try and put it all into practice. Sensei also talked about the importance of staying fit as a karateka and core strength being probably one of the most important aspects for good technique. We conclude the session with a few special press-ups as a bit of a tool kit to improve core strength. Look forward to them coming to the dojo soon.
Sensei Yutaka's middle session was themed around natural body movement. Weight shifting from side to side, not escaping the attack but moving, flowing your defence in a typical Asai Ryu movement. Sensei did not describe it as such, but for me it had an almost Aikido feel of moving with the attacks and then suddenly changing the direction taking the attacker of balance. 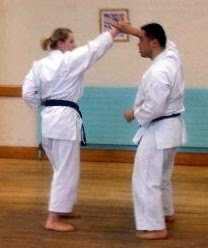 Above : Bex and Koike Sensei
Sensei developed the defences with open hand techniques, strike, kicks, locks and breaks. I really enjoy this non-linear form of up close training. I can also adapt a few of the core principles of my Jiu-Jitsu background. Perhaps as I approach fifty I should be looking at what sort of techniques are going to work best within an ageing frame.
Sesnei Alan's final session of the day worked of first developing leg strength and movement in different stances and concluded with kata. Today's kata was Junro Godan, I have been instructed on Junro Godan a few times before but have never managed to retain it. Sensei did not rush through the kata teaching the sequence of moves but focused on correct movement and execution of each move. We probably spent, 10 minutes on the first move and a further 10 minutes on the second and third moves.
Time got the better of us in the end but we had managed to perform the kata a number of time all the way through and I feel relatively confident that I would be able to remember most of the key points in the correct execution of the kata.

Many thanks to all for the warm welcome and a great four hours training. Osu! 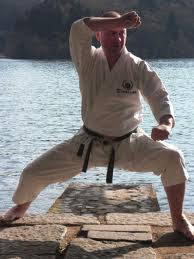 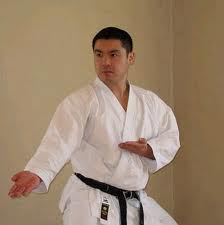